Blues is a musical language that crosses boundaries of nationality, ethnicity, race and culture. As evidence, witness the duo of Troels Jensen and Miriam Mandipira, a Danish pianist paired with a vocalist who hails from Zimbabwe, who come together to offer Careless Love, an 11-song collection that hearkens to the formative years of the blues. Jensen, 71, has been a mainstay of Danish blues for half a century. His fascination with the music began at age 13, when an aunt slipped him into a club to hear pianist Memphis Slim. On Careless Love, Jensen plays piano, primarily, but also contributes rhythm guitar, slide guitar and organ, and sings on a couple of tracks as well, most evocatively on a vocal duet with Mandipira on “Motherless Children.” It is a highlight of the album, with a plaintive feel that is at once spiritual and cinematic. The duo’s take on Robert Johnson’s “Come On In My Kitchen” also hits the mark, with stark slide guitar and loose harmonies that evoke a casual, front-porch feel. Mandipira had her own formative musical enlightenment when, at age 9, she was captivated by the voice of Billie Holiday, but her background also includes classical training as vocalist and violist. On Careless Love, she embraces – and freely embellishes upon – the Bessie Smith repertoire, covering the works of such composers as Spencer Williams, W.C. Handy, Jimmie Cox and others, on such tracks as “St. Louis Blues,” the bawdy “You’ve Got to Give Me Some,” “Mean Old Bed Bug Blues” and “Nobody Knows You When You’re Down and Out.” Many of the finest moments on Careless Love also are some of its quietest and most spare. The duo’s lone original tune, the minor-keyed “My Love,” is an unabashed testimony on commitment. It is a musical blue flame, burning low but intensely. The album’s apex is the title track, which has a brooding, spiritual intensity. Jensen elegantly strips the oft-recorded, century-old standard to its primal gospel bones, and Mandipira extracts from it the very essence of consequence and heartbreak. It is three minutes and 46 seconds of bliss. Perhaps, from somewhere above, Bessie Smith is nodding in approval, smiling a knowing smile. 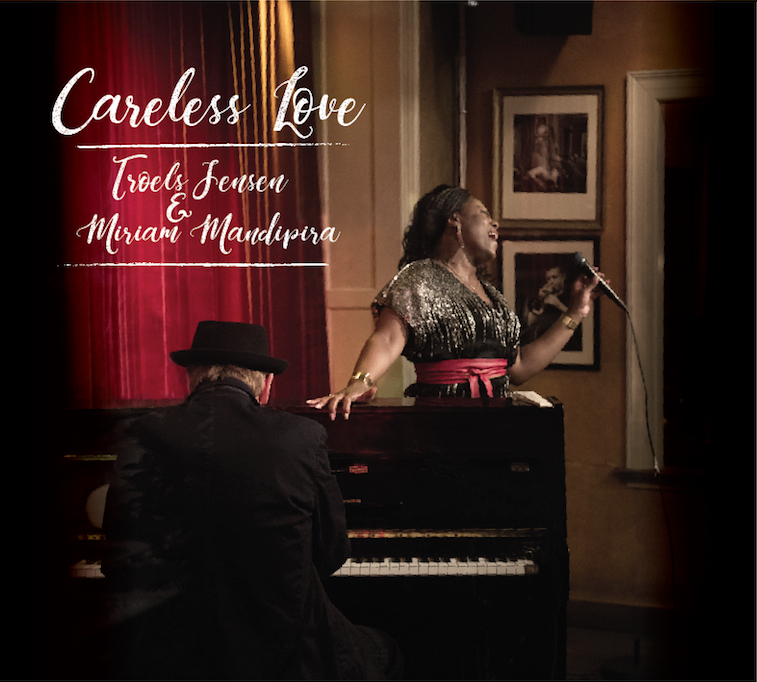