Mercy! You may have heard Big Creek Slim before, but you have never heard him any better than this.

Good Mill Blues: Greasy Chicken Sessions Vol. 1 captures Big Creek fully at ease and in the moment, performing live over two nights in October 2016 at “The Greasy Chicken,” a private backyard blues shack in Vaerloese, Denmark. It is a relaxed, informal setting, one that accommodates 20 or so spectators.

There is a certain sort of liberty that a musical artist finds in such environs, one in which there is no pressure to be anyone other than who you really are, and no pressure to play anything you truly do not feel.

That’s the secret to the success of Good Mill Blues. In these performances, Big Creek was determined to be true to his heart as a blues artist.

“This album is me! These are the blues I like, and this is my true sound,” Big Creek says. “After my two latest studio albums with a band, I thought it was about time to do my own solo thing. This is what I sound like when I’m solo, sitting in front of a well-known, drinking crowd, playing whatever is on my mind, and [by fulfilling audience requests] whatever is on their minds.”

On Good Mill Blues, Big Creek performs a mix of original tunes and classic country blues material from the likes of Charlie Patton, Son House, Muddy Waters, Howlin’ Wolf and more. His originals are the work of an artist telling stories from his own life and experiences – a more personal glimpse than the cover tunes provide, and no less riveting.

For example, the opening track, “North Street Blues,” is a Big Creek original that recounts a pivotal time in his life, one in which the blues began to take on a special meaning.

“‘North Street Blues’ takes me back to a time in my life when I had to change my path. I was living on Noerregade in Ikast, serving in the army, voting for the liberals (read: capitalists), having a monthly income and was so unsatisfied that it forced me to reconsider myself and the world I was living in. The blues was my answer. I had to relearn everything and find my way back to being a little boy who didn’t know how to judge right from wrong, and be fascinated with life again. ‘North Street Blues’ is me sitting in the dark, knowing that a change is gonna come.”

Another original, “The Big C Moan,” shares his personal experience with cancer, with the understanding that at some point the disease probably touches everyone, one way or another.

Heavy stuff, to be sure, delivered with no weight spared, with an insistent pulse and a slow- burn intensity that dares you not to listen.

Big Creek’s choice of cover material also reveals about his perspectives as a blues artist. He explains that Charley Patton’s “Pea Vine Blues,” for example, is reportedly “about a freight train carrying cotton out of the Dockery Plantation. It may also have been the only way out of there, if you didn’t want to walk through the swamps. At least, that’s my inner picture when I sing the song. I have always loved the sound of Charley Patton. I have deep respect for him as the ‘Father of the Delta Blues.’ When I hear or sing his tunes, it carries my mind away to dusty roads and railroads. I see rowdy juke joints and a big mama standing in the door.” 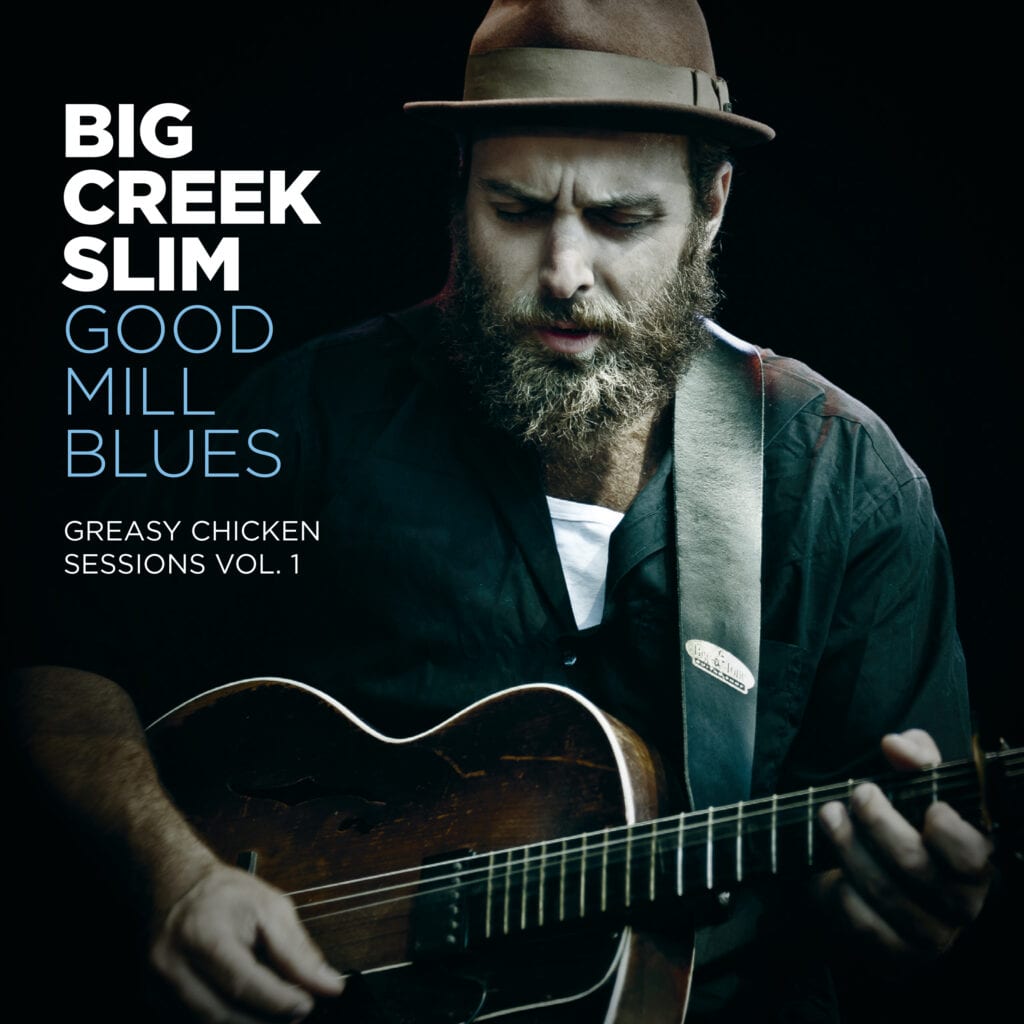 “To me, the walking blues is when you feel like being in constant movement, to shake off your trouble,” Big Creek says. “If you keep on moving, you might get rid of the blues you’re having, or at least you replace them with some new blues. I have learned that some conflicts you have to face and solve, because running away might not save you in the end, but I like the thought of leaving all the bullshit behind, living wild and free in chaos.”