Hope for my soul

Prepare to take a journey back in time.

Big Creek Slim captures the true sound of the old blues, a sound you rarely hear these days except on the vintage recordings of the original bluesmen. Big Creek Slim performs with a raw, soulful authority. His powerful voice conveys experience and feeling, and his fingerpicking guitar style can cut to the bone.

On the matter of influences, no name-dropping is needed here: If you dig the blues, you can hear his musical influences in his performances and recordings.

However, Big Creek Slim is not from the cotton fields of Mississippi, or the rough-and-tumble streets of Chicago or the bayou regions of Louisiana. Big Creek Slim is from the Danish countryside. He started playing guitar as a child, and discovered the blues in his early teens. It was a turning point in his life. After school and military service, he was determined to find his own voice in the blues. He worked construction to save money for a trip to the United States. He left Denmark in 2008 and hoboed around America, playing on street corners, coffeehouses and bars, all the while writing songs.

Big Creek’s journey brought him to Teddy’s Juke Joint in Baton Rouge, Louisiana, where stayed for a good while, jamming with locals and touring bands in the evenings. Among others, he met piano man Henry Gray, with whom he recorded his first album, Tumbleweeds in 2008.

After leaving the U.S., Big Creek traveled to Brazil, where he fell in love with the country and its culture. He currently lives on the island of Santa Catarina, in a cabin right by the ocean. He likes a simple, laidback life, and starts most days with a long morning swim with his dogs. Yet, he remains fully dedicated to the blues, playing all the gigs he can get.

I met Big Creek around 2007 while I was doing a compilation album for the Copenhagen Blues Festival. I was looking for new artists for the album, and I’d heard about him through friends. I tracked him down. His Delta stuff was mind-blowing! Like Muddy, the Wolf and John Lee, he brings to his blues a commanding mix of emotional urgency and economy – delivering everything a song needs and nothing else. Like the Mississippi Delta blues musicians of the 1920s and beyond, he sings and plays with a simple, expressive intensity. I convinced him to be on the album. We soon became friends and now play together every time he returns to Denmark.

Big Creek Slim’s raw talent deserves a wider audience and blues lovers around the world should know his music. In 2013, he made his second album, Ninety-nine and a half, a solo album of his own material, in the Delta blues tradition. However, his two albums are largely unknown, so I offered to produce a new album for him and release it on my Straight Shooter label.

For the recording, I had a few production ideas and songs I wanted him to try. I called some of my favorite blues guys and arranged a session in Copenhagen. I had Nathan James come from California to record it all. Nathan has recorded and mixed several of my albums, and he really knows how to capture the authentic blues sound! He also added his own exquisite guitar and washboard playing to the sessions.

The sessions were spontaneous, fun and sweaty, fueled by Big Creek Slim’s intensity and his ability to kick off one killer song after another. No explanations, no one called out so much as a key signature. Usually, he began with a guitar phrase and ended the song with a big smile and a laugh. A few times, we had to start over, simply because the song began too suddenly for Nathan to press “record” in time. In the end, we just left it on “record.” We recorded about 50 songs, live, in a couple of days, creating enough material for several albums!
So there you have it… a bunch of songs, and a bunch of guys having fun playing them! Sit back, turn it up and enjoy Big Creek Slim’s Hope For My Soul. 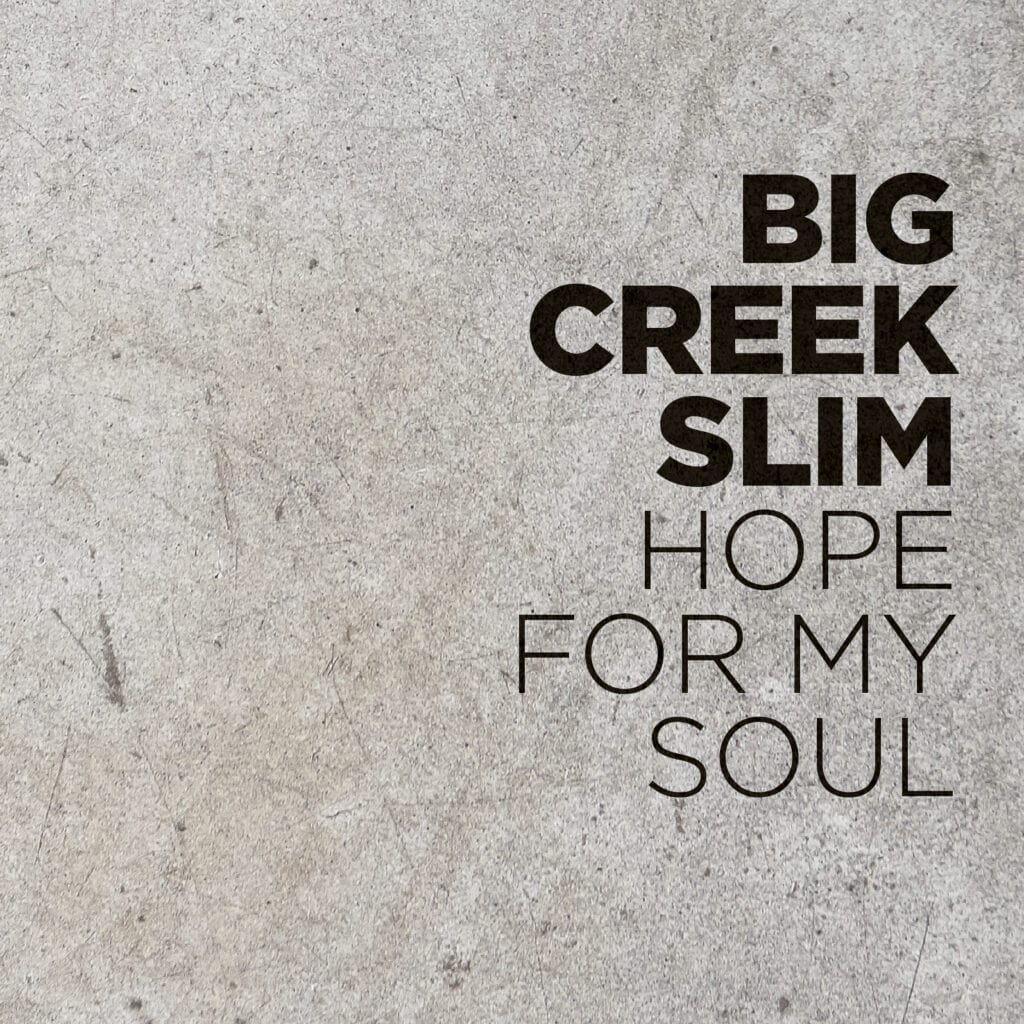