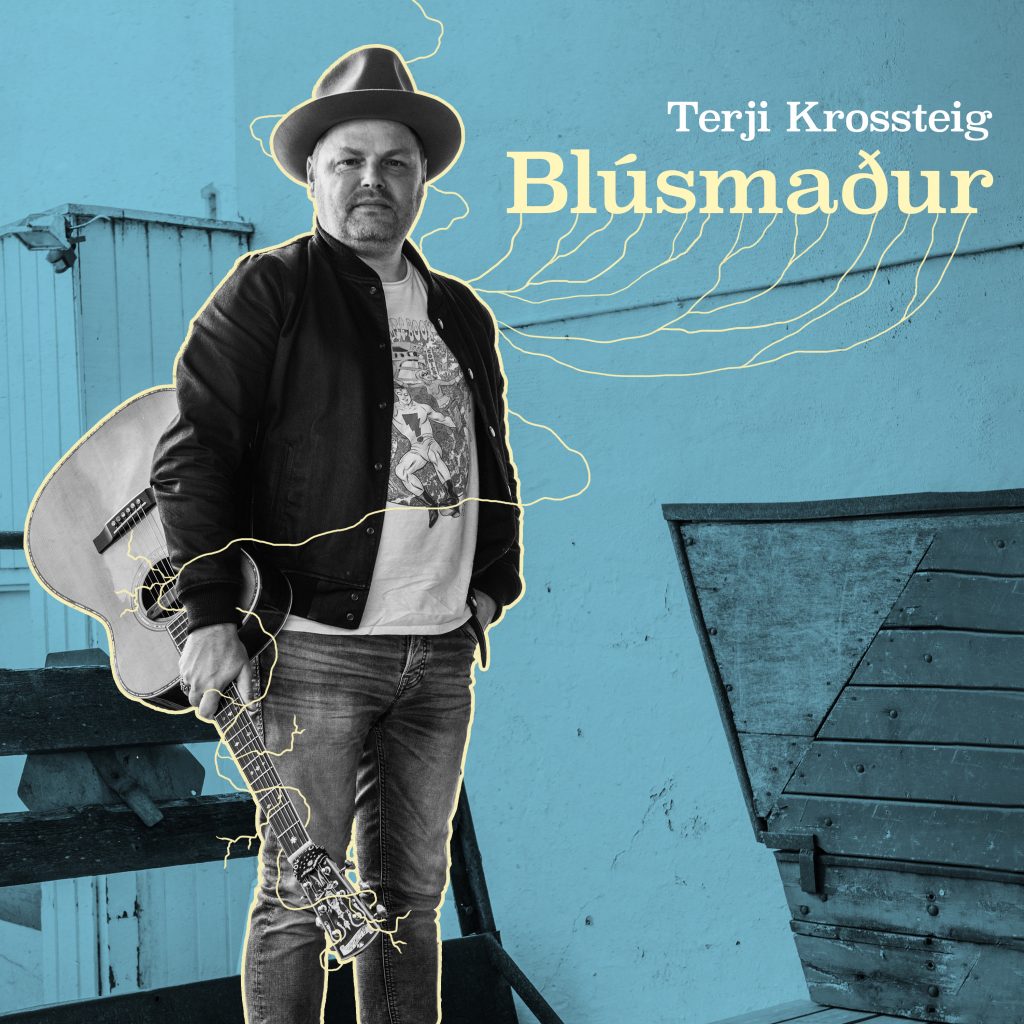 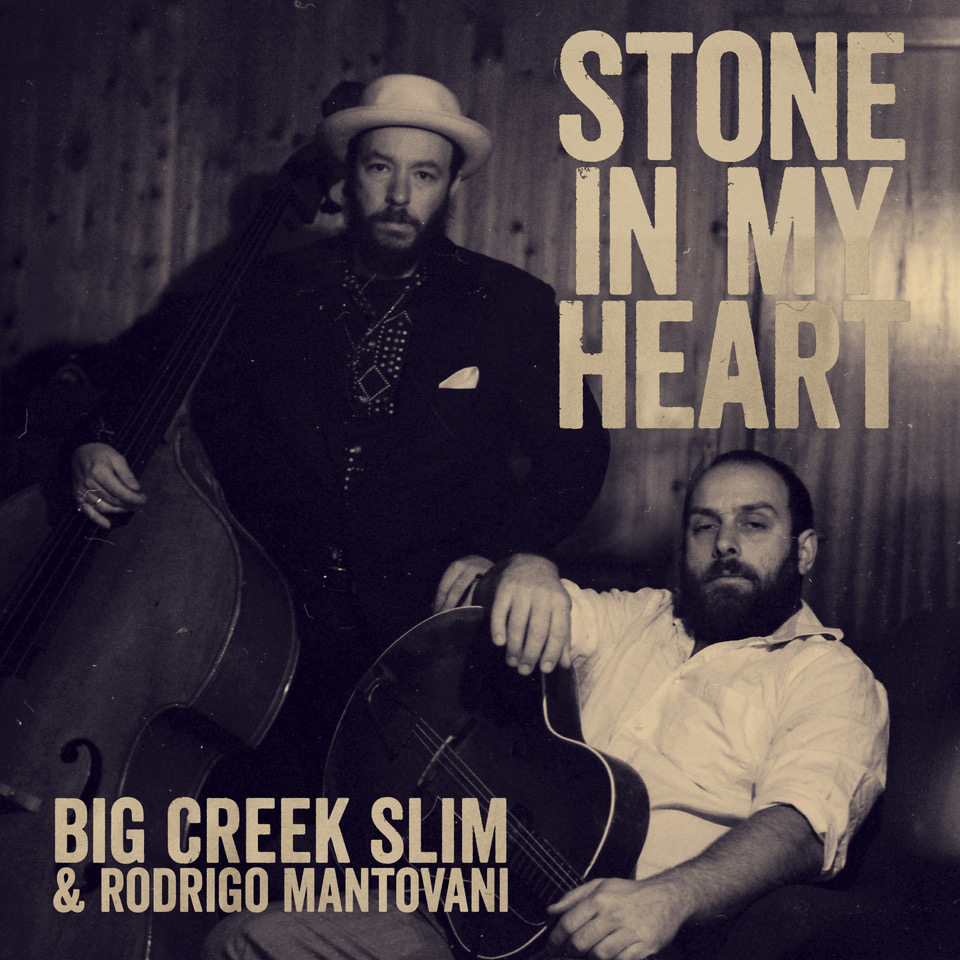 STONE IN MY HEART

In two distinct ways, Stone In My Heart is a time capsule. First, anyone familiar with Big Creek Slim knows that his music is steeped in the 1930s/1940s acoustic country blues of the American South. Big Creek is a master of the music of this time and place, both technically and in terms of the energy, the language and the overall vibe that bring the music to life.

Enhancing his performance is upright bassist Rodrigo Mantovani, who builds a musical framework that frees Big Creek from the rhythm constraints of performing solo.

“Rodrigo keeps the time and intensity, and I go crazy!” Big Creek says. “I can go anywhere I want, knowing he will follow. There are no limits.” Further liberation arrives on three tracks via drummer Mikko Peltola, who is tasteful and right in the pocket.

Mantovani, a native of Brazil, is an internationally acclaimed upright bassist who, at the ripe old age of 38, has been playing professionally for more than 20 years. He is currently a member of the Nick Moss Band and is based in Chicago. Stone In My Heart is his second collaboration with Big Creek, following their 2018 duo release, First Born.

“I don’t have to think about anything when I play with Big Creek,” he says. “There is a natural chemistry between us and a unique opportunity to let the feelings and grooves flow. He is always ready to accept what we are playing, taking it to a higher level.”

Time capsule, part 2: Because it was recorded (live to tape) in November of 2019, Stone In My Heart precedes the impact of the pandemic and the various political insanities of the past two years, both of which Big Creek faced down, boldly, in his 2020 releases Twenty-Twenty Blues and Migration Blues. The themes of Stone In My Heart, captured in 12 Big Creek original tunes, center on male/female dynamics – the internal struggles between lust, the desire for companionship and the simultaneous desire to not be bound by such a relationship. Timeless themes, unfettered by vaccines, masks or travel restrictions. Those were the days… perhaps. 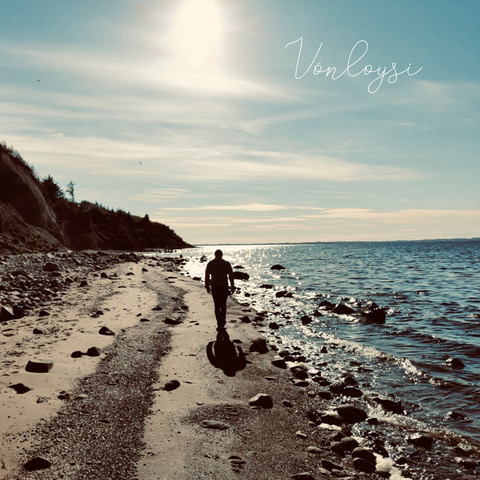 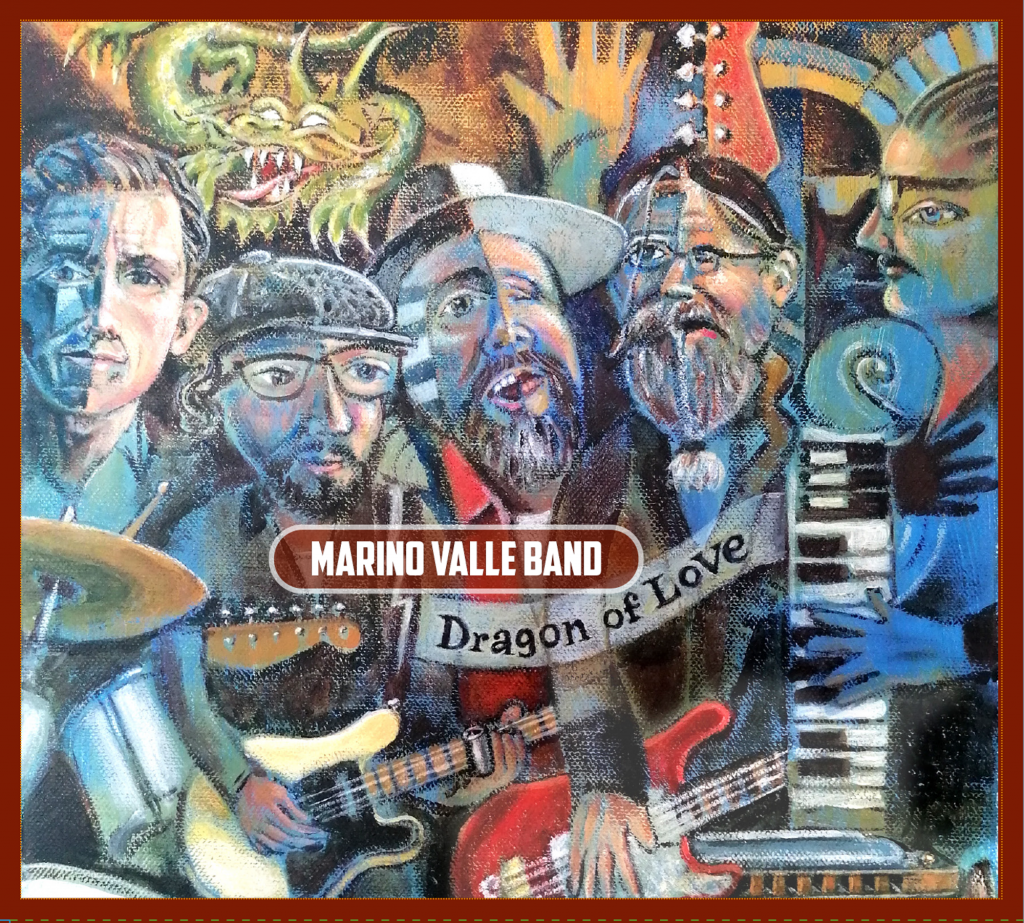 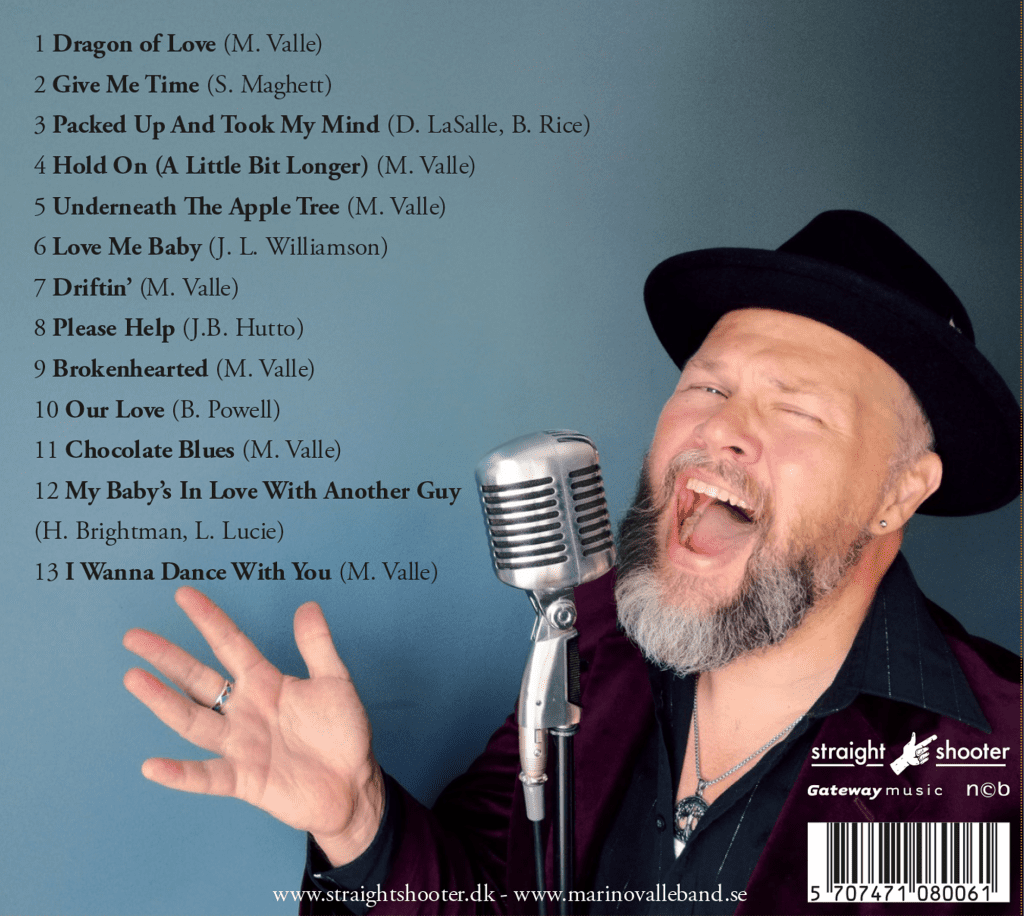 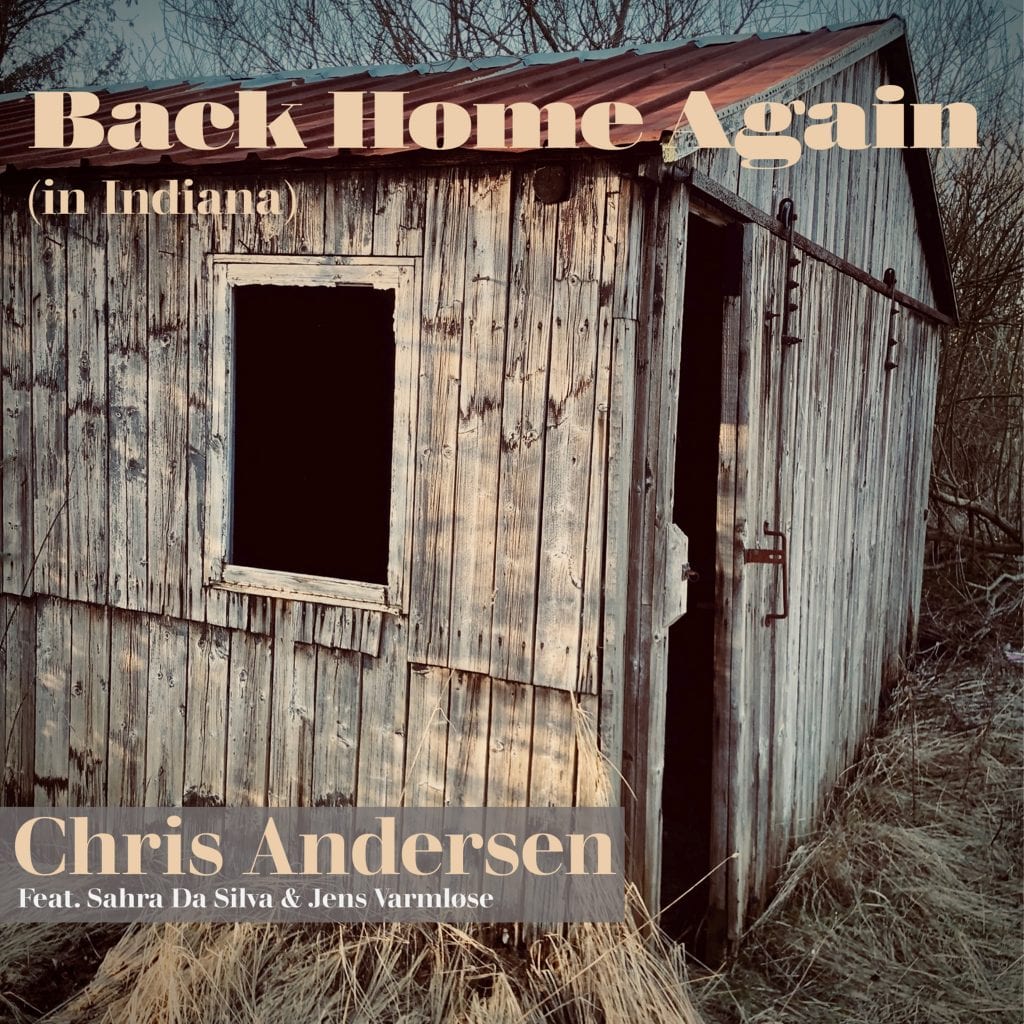 Back Home Again
In Indiana

Back Home Again In Indiana 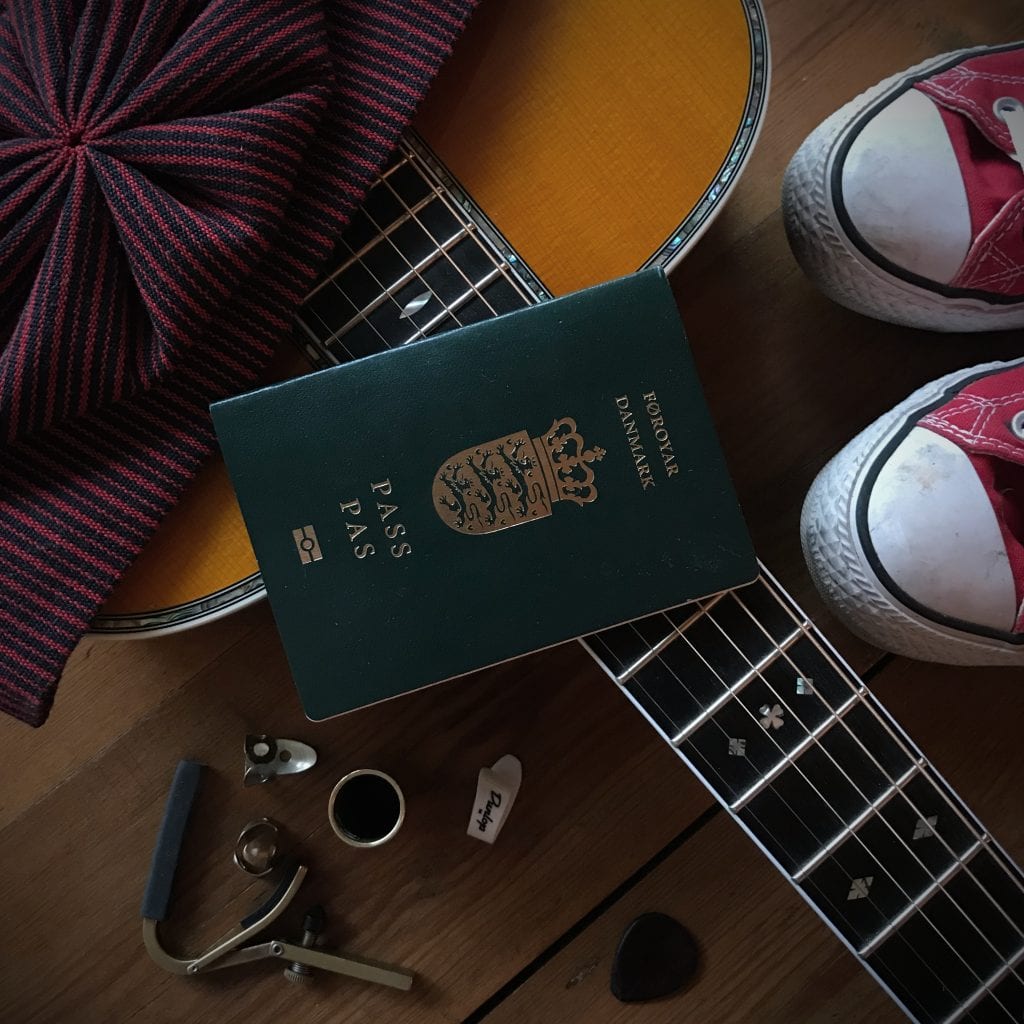 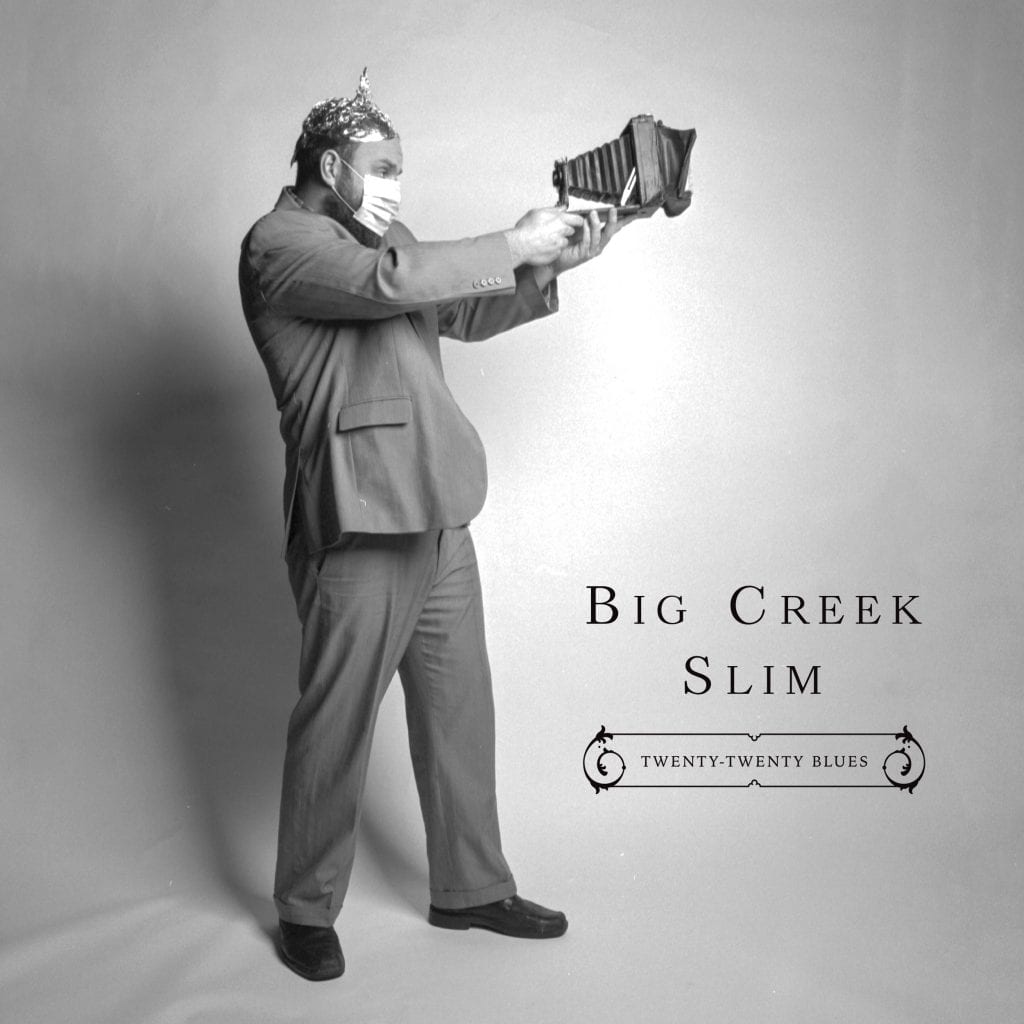 Certainly, 2020 was a year that most of us hope to forget, but never will. Big Creek Slim was in Brazil, “in quarantine in one of the world’s epicenters of coronavirus,” he says, “with all the polemics, boredom, paranoia, loneliness, despair and fading hopes that each and every one of us had to deal with.” His response was the album you hold in your hands, with 13 original songs, performed solo – “my contribution to the worldwide corona blues,” he explains. Big Creek makes an unflinching assessment of what he saw and heard. In “The Goddamn China Blues,” he’s more observational than judgmental, recognizing the loss, hardship, and broken lives in the wake of COVID-19. On the title track, Big Creek cites the killing of George Floyd as the latest in a history of lethal violence and discrimination that white America has perpetrated against the nation’s black population. He connects the Floyd killing to the murder of Emmett Till and the 1921 Black Wall Street Massacre in Tulsa, Okla., noting “how things didn’t change that much, and maybe they never will.” The album isn’t all social commentary, however, because a guitar player in quarantine is going to dig in and play some guitar. It features tunes such as “Little Wheel Rag” and “Up in Smoke,” which tap into the ragtime/medicine show legacy of such artists as Blind Boy Fuller and Pink Anderson. These offer a welcome counterweight to the burden of the year that was, because frankly, we’ll need to have something to smile about once these crazy days have passed. 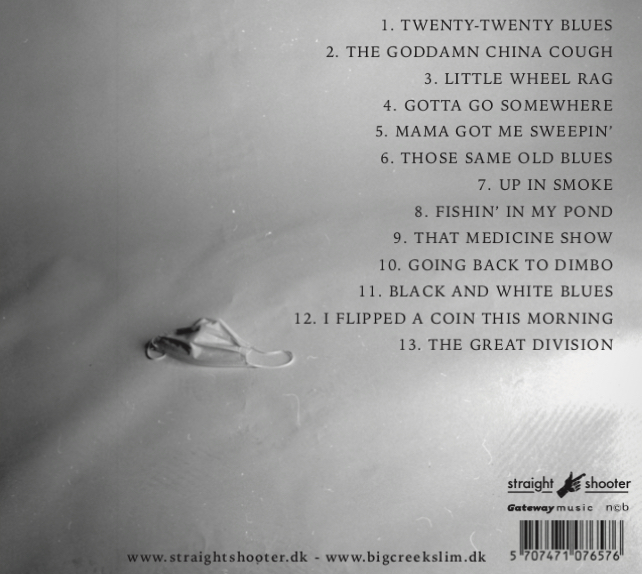 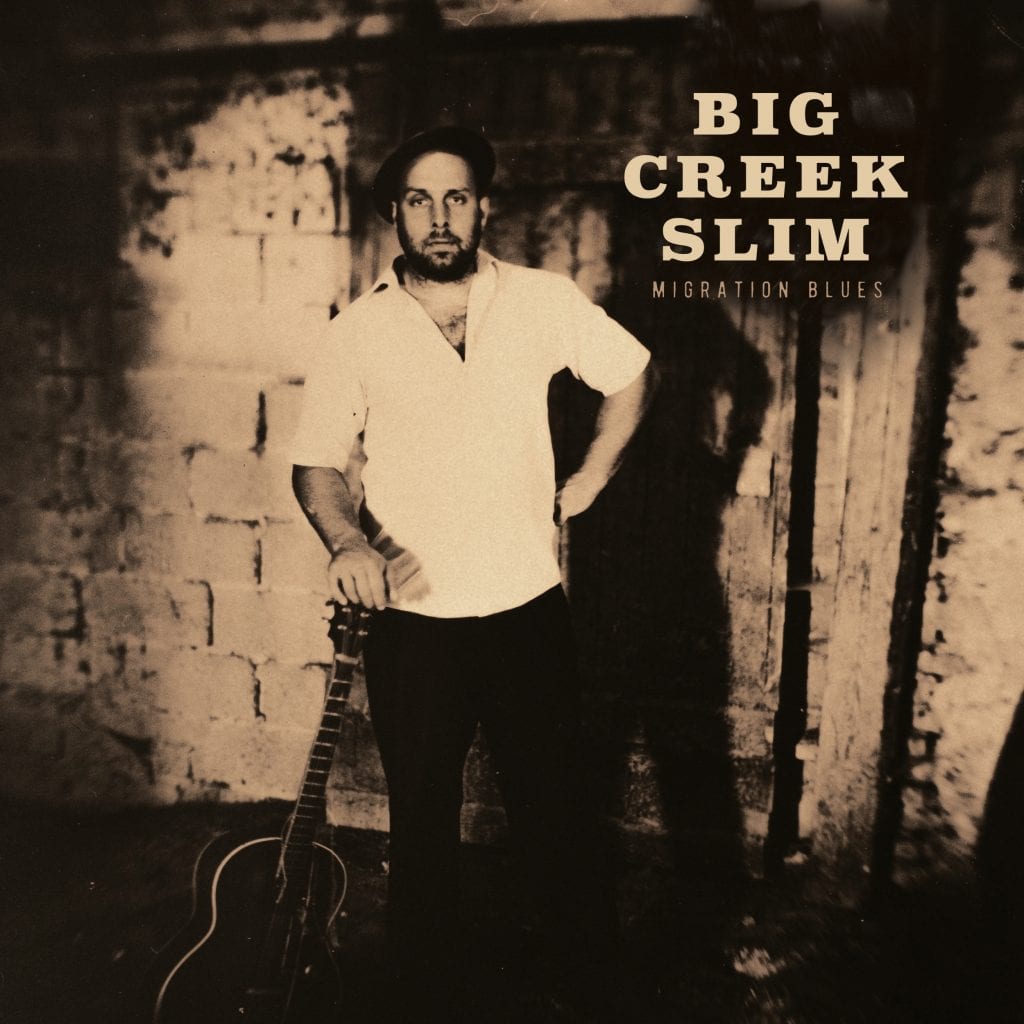 Otherworldy. That’s an apt description of the music of Big Creek Slim. Big Creek lives in the 21st century, here with the rest of us, but his country blues is borne of another place and time — specifically, the pre-WWII American Deep South. His musical family tree includes Son House, Charlie Patton, Robert Johnson and Muddy Waters, to name a few. That said, Big Creek is his own man. He writes his own songs, including all 14 solo tracks here. He is fluent, absolutely, in the language of this musical genre. His vocals resonate, even in his quietest moments. His fingerstyle guitar arrangements reveal a man who has immersed himself in this music. There’s not a false moment to be found. Hear it, and you will believe. Still, Big Creek is writing and singing in the present tense, tackling modern problems. In such tracks as “Deportation Blues” and “Hard Times,” he airs his frustrations, he says, in “applying for family reunion under the rather hostile Danish government. By doing so, I turned into a second-class citizen in my own country, trying to satisfy the system, the landlord and my wife. No surprise – I didn’t manage none!” Enough to give a man the blues, no doubt. 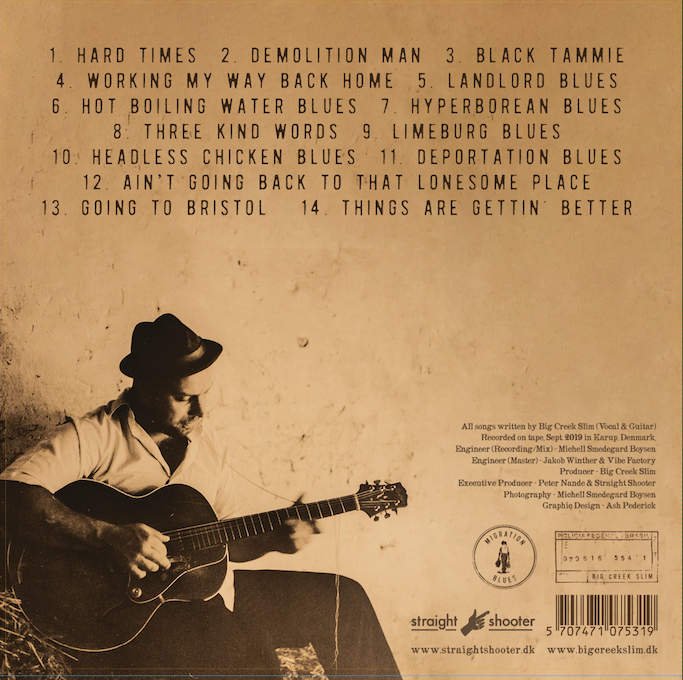 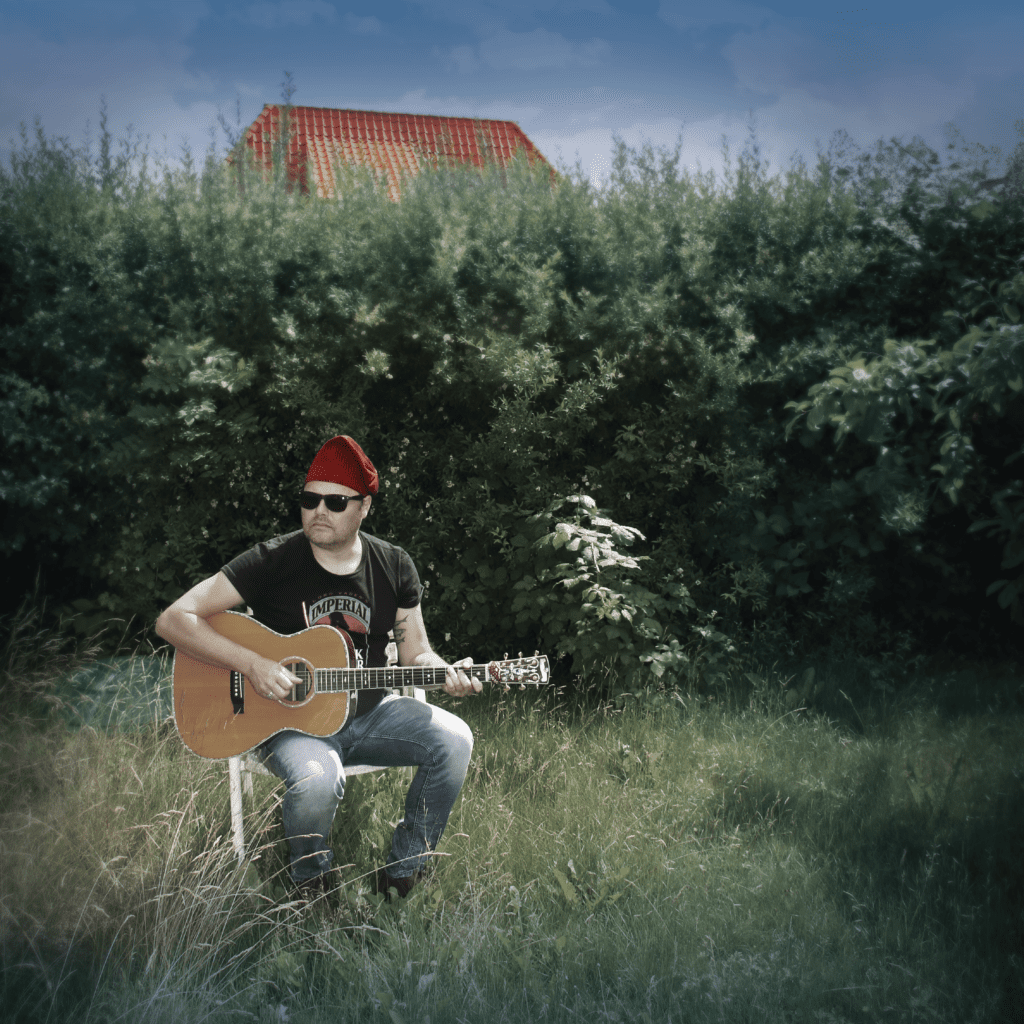 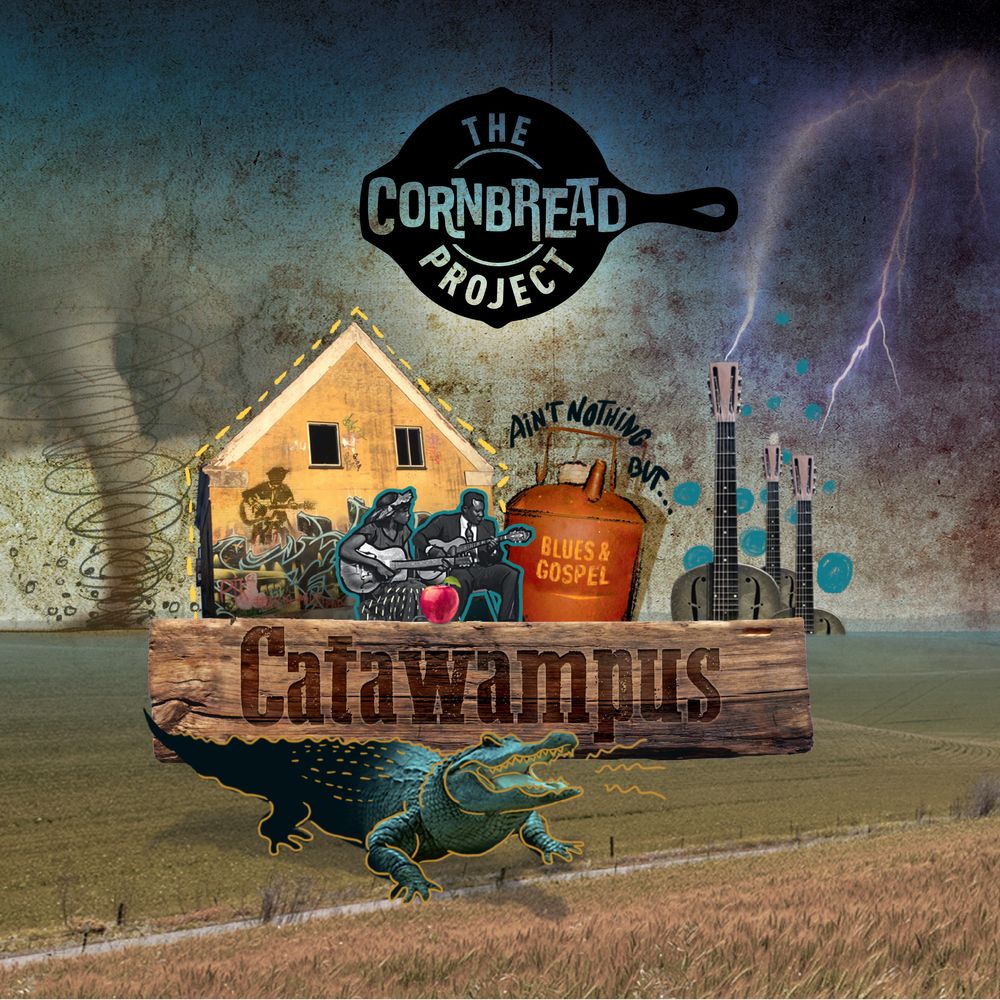